The books on this page have been chosen because of their connection to the Titanic. RMS Titanic was a passenger liner that sank in the North Atlantic Ocean on 15 April 1912 after colliding with an iceberg during her maiden voyage from Southampton, UK to New York City, US. The sinking of Titanic caused the deaths of 1,514 people in one of the deadliest peacetime maritime disasters in history. She was the largest ship afloat at the time of her maiden voyage. One of three Olympic class ocean liners operated by the White Star Line, she was built between 1909–11 by the Harland and Wolff shipyard in Belfast. She carried 2,223 people. (Source: Wikipedia)
Titanic And Other Ships by Charles Lightoller
Loss of the SS Titanic By Lawrence Beesley
Sinking of the Titanic by Logan Marshall
The Wreck of the Titan of Futility by Morgan Robertson 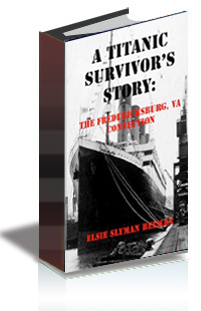