Here you can find HIV AIDS Prevention for free share. The HIV/AIDS epidemic has been a key focus for public health for the last twenty years. In recent years, concerns have been raised in the European Union about the threat of a new epidemic. The rate of new infections in some European countries is amongst the highest in the world.
At the World Summit held at the United Nations in September 2005, leaders pledged to fully implement the Declaration of Commitment of HIV/AIDS adopted in 2001, by scaling up efforts for prevention, treatment, care and support so that every person, without exception, has access to these life-saving programs. In Kofi Annan’s address on World Aids Day on 1 December 2005 he said that “It is a time to recognise that although our response so far has succeeded in some of the particulars, it has yet to match the epidemic in scale. It is a time to admit that if we are to reach the Millennium Development Goal of halting and beginning to reverse the spread of AIDS by 2015, then we must do far, far more. That mission concerns every one of us.” 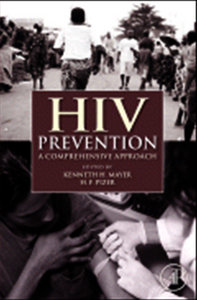 HIV/AIDS continues to be the pandemic of our times. It is estimated that 36 to 45 million people including 2-3 million children already are infected worldwide and an additional 4-7 million more are infected each year.
There has not been a comprehensive medically based AIDS prevention book published in the last five years. Since that time many new program interventions have been tried and much has been learned through evidence-based research. HIV Prevention will place special focus on the array of interventions that have been proven effective through rigorous study. If there is one theme that has been learned to date it is that there is no one-size-fits-all prevention approach that will work in all the geographic, demographic and socio-cultural environments impacted by the worldwide AIDS pandemic. 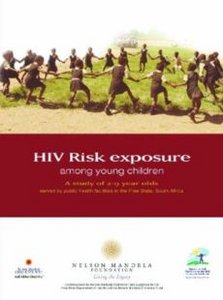 South Africa has, until now, focused its HIV prevention efforts on youth and adults, and now needs to expand its focus to include children. Much is already known about vertical transmission, which is the dominant mode of HIV transmission among children. However, little investigation has been done into the potential for horizontal transmission of HIV on the population below reproductive age. This report focuses on children aged 2-9 years and, using a combination of quantitative and qualitative methods.