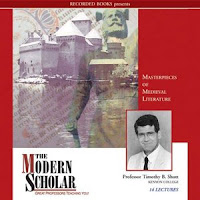 The Modern Scholar: Masterpieces of Medieval Literature
It is during the Middle Ages that modern Europe, indeed, modern Western culture as we know it, comes to be. Classical Mediterranean culture drew from the ancient Middle East, and more directly, from the Hebrews, Greeks, and Romans. The Middle Ages add the Northlands, Celts, and Germans, and ultimately, Slavs as well, to the mix. And the Middle Ages saw the birth of the immediate predecessors of our own ideas about love and marriage as important concerns in their own right, utterly central to a happy and fulfilling personal life.

During the early medieval period, crusading brought about new ways of writing about the city of Jerusalem in Europe. By creating texts that embellished the historical relationship between the Holy City and England, English authors endowed their nation with a reputation of power and importance. In Jerusalem in Medieval Narrative, Suzanne Yeager identifies the growth of medieval propaganda aimed at rousing interest in crusading, and analyzes how fourteenth-century writers refashioned their sources to create a substantive (if fictive) English role in the fight for Jerusalem. Centering on medieval identity, this study offers new assessments of some of the fourteenth century's most popular works, including English pilgrim itineraries, political treatises, the romances Richard, Coeur de Lion and The Siege of Jerusalem , and the prose Book of Sir John Mandeville. This study will be an essential resource for the study of medieval literary history, travel, crusade, and the place of Jerusalem. 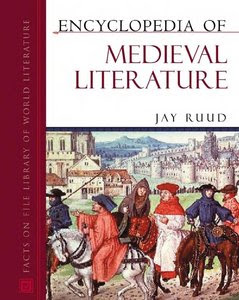 Encyclopedia of Medieval Literature
Medieval literature encompasses a broad sweep of people, cultures, and styles. "Encyclopedia of Medieval Literature" offers a comprehensive account of the literary works, writers, and concepts of the Middle Ages; from 500 to 1500 CE. Covering not only European literature but also that of India, the Far East, and the Muslim world, this invaluable A-to-Z guide is one of the most inclusive single-volume references of its kind. Approximately 700 entries cover works, authors, and terms from the following cultures and languages: English: Old English and Middle English, ncluding Beowulf, Chaucer, morality play, Sir Thomas Malory, Sir Gawain and the Green Knight, Robin Hood, and Troilus and Criseyde; French: Joan of Arc, Marie de France,    Parzival, The Song of Roland, and Francois Villon; Provencal: troubadours and Peire Vidal; Celtic: Cuchulain, The Mabinogion, and Ulster cycle; German: The Nibelungenlied, Tristan, Ulrich von Lichtenstein, and Gottfried von Strassburg; Old Norse: Egil's Saga, skaldic poetry, and Snorri Sturluson; Latin: Peter  Abelard, Bede, Geoffrey of Monmouth, Historia Regum Britanniae, Psychomachia, and St. Augustine of Hippo; Japanese: Muromachi Period, The Pillow Book, and The Tale of Genji; Chinese: The Story of Ying-ying and Li Po; Islamic: Omar Khayyam, the Koran, and The Thousand and One Nights; Indian: Govindadasa and Mahadeviyakka; Spanish; Hebrew; and more.

Dreaming in the Middle Ages (Studies in Medieval Literature)

This wide-ranging study examines the role of the dream in medieval culture with reference to philosophical, legal and theological writings as well as literary and autobiographical works. Stephen Kruger studies the development of theories of dreaming, from the Neoplatonic and patristic writers to late medieval re-interpretations, and shows how these theories relate to autobiographical accounts and to move popular treatments of dreaming. He considers previously neglected material including one important dream vision by Nicole Oresme, and arrives at a new understanding of this literary genre, and of medieval attitudes to dreaming in general.