Download The Art of War by Sun Tzu, a famous book tanslated to English with Introduction and Critical Notes by Lionel Giles, M.A.. 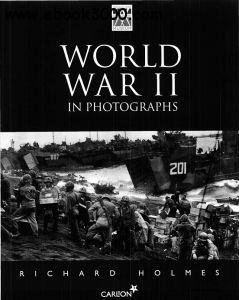 Mined from the Associated Press archives, these 167 black and white photos are precious historical treasures, ranging from some of the most celebrated images of the century to rare relics not seen since World War II. They're arranged chronogically, with informatively evocative brief captions, a formal yet moving foreword by war hero/Senator/National WW II Memorial Chairman Bob Dole, and an action-packed, you-are-there introduction by death-defying war correspondent Walter Cronkite. Paging through the book almost serves as an impressionistic, quickie history of the conflict, glimpsed from burning airplanes, submarine periscopes, London Underground bomb shelters, rickety rope bridges, decapitated cathedrals, smoking ruins, and scenes of brutality and tenderness, calamity and tearful relief. The context helps rescue the most famous pictures from cliché: you get more from Joe Rosenthal's Pulitzer-winning shot of six Marines hoisting the flag atop Iwo Jima by seeing his pix of the battle leading up to it and by reading that half of those six died without ever seeing the photo. If it is not perverse or disrespectful to say so, many of the images are beautiful as art, in the compositional style of Life Magazine (where some appeared). Nurses perched in midair attempt to clean a bombed hospital room whose walls have vanished. British soldiers march in a line past a line of pillars, Roman ruins that echo their shapes. Churchill appears to levitate a RAF fighter by sheer force of will. Even the grisly pictures of victims manage to respect the dead by means of aesthetic and journalistic seriousness. Many pictures capture moments of drama so stunning you can't believe the photographer survived—and many didn't. The photo reproductions aren't glossy, but they're gritty, and that's appropriate. They were news. They still are. --Tim Appelo